Home » About Us » Church Leadership » Our Pastor » Pastor Mathew Feeley

At the age of 16 Mathew Feeley was on a journey to find God. He wasn’t sure exactly what he was looking for but he knew he wasn’t happy with the way

his young life had unfolded. Drugs, alcohol and a life of crime left Mathew feeling emptier than ever before. He began reading the Bible and speaking with older friends about spiritual matters but still he was confused and conflicted.

In early 1998 a close friend of Mathew’s was tragically killed in by a drunk driver in a car accident. The loss of his friend left Mathew facing his own mortality and recognizing the frailty of life. A few weeks later in April 1999 Mathew attended a youth week of prayer at the Scarborough Seventh-day Adventist Church. During those meetings Mathew and Kristy were deeply touched by the preaching of Evangelist Claudius Morgan. Through his messages they came to understand and accept the Bible’s message of salvation and were baptized.

Seeing his pastoral potential, Pastor Garnett, Scarborough’s Pastor encouraged Mathew to pursue ministry. Under his leadership and later under the leadership of Pastor Winston Hurlock, Mathew served as an elder in training and eventually pursued a BA in Religious Studies at Canadian University College. Upon his graduation in 2006 he began his ministry as the Assistant Pastor of the Kingsview Village in Toronto church. Mathew worked along with Pastor Nembhard and later Pastor Hazelwood and experienced a fruitful ministry at Kingsview Village.

Evangelism has been a large part of Mathew’s ministry. During his summers off from CUC he worked for the Ontario Conference as a Bible worker at the Toronto North Church, among the Filipino Churches in the GTA and in Northern Ontario at the Elliot Lake and North Shore Churches. After his graduation from CUC he spent much of his time as a Pastor conducting evangelistic series throughout Canada, the United States, the Caribbean and Brazil. He also assisted It Is Written Canada in several of their evangelistic efforts.

In December 2012 Mathew completed his Masters of Divinity at Andrew’s University in Berrien Springs, Michigan. In 2013 he returned to work under the leadership of Pastor Winston Hurlock at the Scarborough Seventh-day Adventist Church but this time as the Associate Pastor.

Mathew is ever thankful for the loving support he and Kristy have received from the church from the first day they walked through Scarborough’s doors. His ordination is a testimony of what the powerful grace of God can do in our lives. His goal is to be a channel of that grace and to help others know that Saviour who saved him 15 years ago. 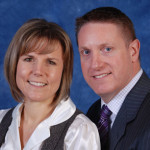 ...Kanisa reaches people that have been bored, burned or bypassed by the church.

...Kanisa reaches people that have been bored, burned or bypassed by the church.
https://www.kanisafellowship.com/blog/testimonials/3-bs/ 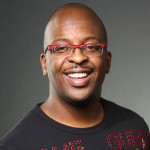 This church has created an option for people who have lost interest in Adventist churches. It's an amazing experience.

This church has created an option for people who have lost interest in Adventist churches. It's an amazing experience.
https://www.kanisafellowship.com/blog/testimonials/excellence-breathes/ 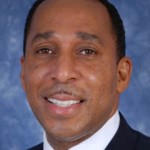 ...thank you Kanisa for being a model church. You have been strong in nurturing and fulfilling the gospel commission...

...thank you Kanisa for being a model church. You have been strong in nurturing and fulfilling the gospel commission...
https://www.kanisafellowship.com/blog/testimonials/a-model-church/ 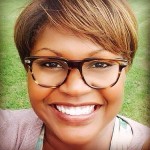 A promising church that conquers big mountains for God’s glory.

...a place where praise is lifted so high.

...a place where praise is lifted so high.
https://www.kanisafellowship.com/blog/testimonials/taking-worship-higher/ 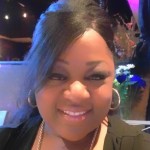 I Came Home To Kanisa

Coming to Kanisa was like coming home. It saved my spiritual life, literally.

Coming to Kanisa was like coming home. It saved my spiritual life, literally.
https://www.kanisafellowship.com/blog/testimonials/i-came-home-to-kanisa/
4.0
6